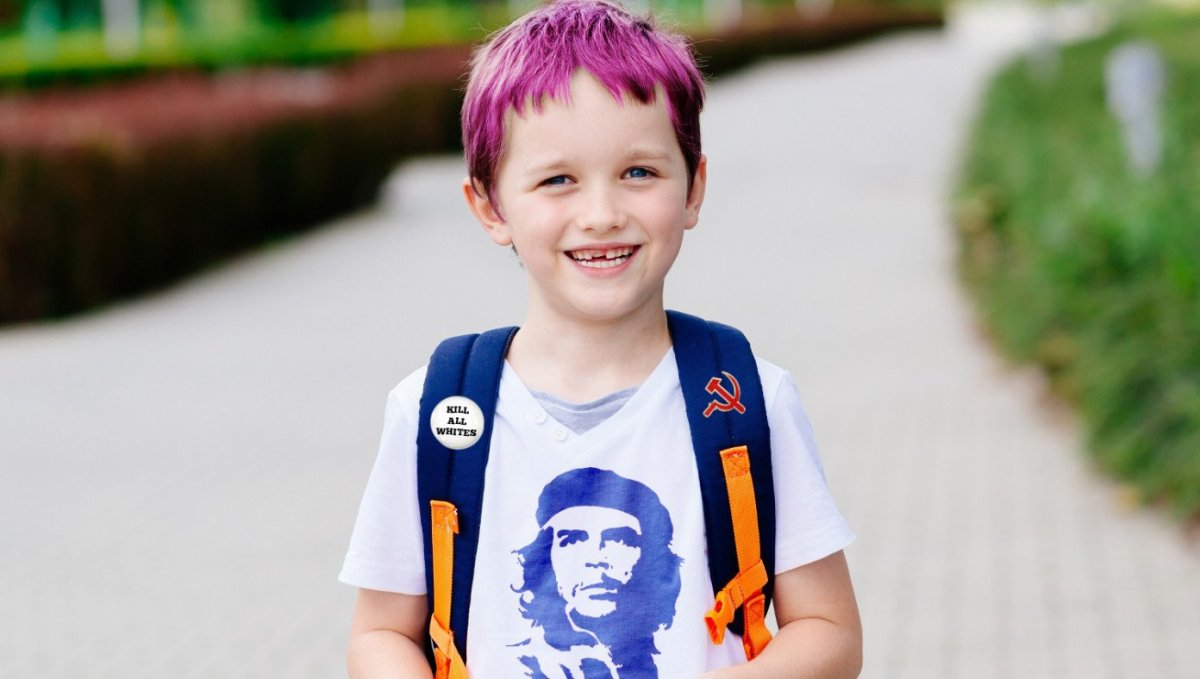 Authored by Brett Sinclair via TheFreeThoughtProject.com,

COVID is not the only virus sweeping the West, obsessively woke politics is running rampant with the most virulent variants emerging in newsrooms and colleges.

As an acquaintance of mine slowly succumbed, here’s what I observed.

There are certain traits that appear to be extremely common among people who are ‘woke’. Woke being now a common term for those among us who become righteously incensed with progressive social justice issues (typical of mainstream Western media imbibers or recent university graduates). Often, we can see this obsession manifesting in the form of aggressive protest activism – not just as a hobby, but at every social, private, and professional level of their lives. That is a ‘woke’ personality.

While there are well-known physical markers indicating a woke person (blue or purple hair, obesity, androgyny, wispy beards in men, annoying spectacles) I have for some time been a curious student of their habits and psychological mannerisms, which I have also noted, along with the physical traits, to have universal qualities.

I had until recently assumed that these universal personality traits were evidence of a condition existing in the person first (i.e smug over-confidence) which left them susceptible to ‘woke ideas’. But more and more anecdotal experience is teaching me that becoming woke, or contracting the ‘woke virus’, creates its own type of human psyche in the unsuspecting host, which is recognizable across many observable cases. It is my opinion that this psyche is the result of the mind-virus, and not necessarily a pre-existing quality. Thus, if true, this means wokeness itself reshapes the mind.

A recent experience with an acquaintance, a middle-aged woman who, through a new circle of friends, went from normal and apolitical to fully woke, permitted me to study changes (with a detached horror) as they occurred. Firstly, she began to exhibit extreme self-centeredness, as this new social peer group became important to her (I believe it was a ‘book club’). It began with her seemingly becoming incapable of talking about anything but herself. I had noticed that quality in other woke friends, and in many I could recall they were not previously like that, but this was the first adult person to transition slowly before my eyes, so I got out my clipboard and took notes.

She became somewhat manic, high-anxiety, more worrisome, and less healthy-seeming. Along with this came casual smug political remarks in polite conversation. It goes without saying there were constant, needy Facebook posts about woke politics, or herself, or the ideal combination: posts about herself woke-crusading. Now none of this was part of her personality previously, at all, despite woke politics being with us many years now. It began for her with a new circle of peers that she obviously wished to impress and is culminating currently in her friends and family seriously considering an intervention of psychological help, not because of the constant virtue-signaling, but for the other more self-destructive personality changes.

It reminds me of the science of psychopathy. I was very interested to learn in my youth, not just that psychopaths essentially have little or no emotional feeling, and certainly no empathy, but that they exist among us in high numbers. They don’t all become serial killers, but there are people you know who are psychopaths that you would never have guessed because they learn to mimic human behavior. Severe trauma in youth can appear to create psychopathy, so it can be an environmental condition.

I’m not saying woke people are psychos (though they both share the narcissism), I am saying psychological conditions can be created, and that the modern world, with its rampant materialist consumerism, dogmatic atheism and self-hating education system, is perhaps manufacturing a new human psyche, one both frail and fraught and in its own perverse way, merciless.

Watch as the virus spreads, watch and study and hope you have immunity.