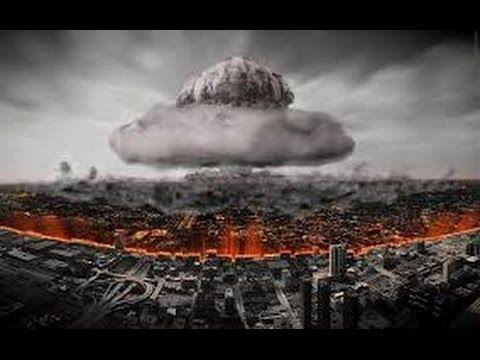 I SAW the RUSSIANS ATTACK AMERICA

Henry Gruver of Joyful Sound Ministries has had at least two prophetic Visions of America’s coming destruction. One was in 1986 while he was in Wales and the other was in 1990 while he was in Portland, Oregon. The 1986 Vision occurred prior to occurrence of Glastnost and Parastroika in the U.S.S.R. The first vision shows the coming destruction and the second shows God’s protection of his faithful.

I was in Wales, on December 14, 1986. I went up on top of the Eagle tower in the Caenarvon Castle. It had eight points on it. Each of the points on it were eroded eagles. This castle was built in the 12th century.

I was overlooking the Irish Sea toward the North Sea—Norway, Sweden, Denmark, the tip of Scotland, Greenland, Iceland in that area.

All of a sudden I was up above the Earth looking down upon the earth like a globe. As I looked down on the earth, I saw all of these massive amount of all kinds of ships and airplanes. They were coming from up above Norway, out of this inlet.

Then I began to see all of these submarines emerging from under the surface. I was surprised at how close they were to our boarders! They were in our territorial waters! Then I saw the missiles come out of them! They hit eastern coastal cities of the United States.

I looked over across the country where my family was over in the northwest side, and I saw the submarines. I saw the missiles coming out and hitting the western coastal cities.

I cried out and I said, “Oh God! Oh God! When will this be, and what shall be the sign of its coming?”

I heard an audible voice speak to me amid say:

“When Russia opens her doors and lets the masses go. The free world will occupy themselves with transporting, housing and feeding and caring for the masses, and will lets down their weapons and cry peace and safety. Then sudden destruction will come. Then is, when it will come.”

I saw missiles coming out of the waters of the Pacific Ocean, airplanes coming in towards certain cities along the Northwest. When it looked like they would do their devastation, I heard a voice speak from heaven, like thunder. It said, “Watch what I will do!”

The mountains along the coastal range began to shake and tremble and puffs of smoke shot out of them in all directions, into the paths of the missiles and the planes. The missiles just hit the ground, didn’t explode. The smoke had destroyed the missiles ability to navigate, to fly through the air, and they didn’t hit their targets. It was also like shields or domes came over certain cities. Even the contaminated air couldn’t go into those areas. It went around them.

I saw many vehicles coming in on our waters, like ships opened up in the front, and all these personnel, carrying things, came out armored, right up on our beaches, and all these thousands of people began to head out. I saw the proud look on the faces of those that were driving the vehicles. I heard, again, the thunderous voice from the heavens, “Watch what I will do!”

Suddenly, mountains puffed out smoke, and rivers of golden lava began flowing down a path, right across the beaches in front of the invaders. Terror came on their faces, and they turned back and headed to the sea, fleeing for their lives, as the waters behind them turned to steam. And the Lord said:

“I have people in this land that I will not let them touch, for they are Mine! They are My chosen, and I will keep My chosen safe! For I have a work for them to do yet in this land, and in many lands.”

Prophecies and Visions for the USA

Different Prophets had Visions and made Predictions for the USA.

Take a look at all the names of the USA-Prophets.

Nostradamus predicts us economy will colapse, no more money to pay troops in Iraq and Afghanistan.

The USA will be Destroyed ! The United States will be destroyed, land and people, by atomic bombs and radioactivity. Only the Hopis and their homeland will be preserved as an oasis to which refugees will flee. Bomb shelters are a fallacy. “It is only materialistic people who seek to make shelters. Those who are at peace in their hearts already are in the great shelter of life. There is no shelter for evil. Those who take no part in the making of world division by ideology are ready to resume life in another world, be they Black, White, Red, or Yellow race. They are all one, brothers.

Hopi prophecy states that World War III will be started by the people who first received the Light: China, Russia, Palestine, India and Africa. When the war comes, the United States will be destroyed by “gourds of ashes” which will fall to the ground, boiling the rivers and burning the earth, where no grass will grow for many years, and causing a disease that no medicine can cure. This can only mean nuclear or atomic bombs; no other weapon causes such effects.

Bomb shelters will be useless, for “Those who are at peace in their hearts already are in the Great Shelter of Life. There is no shelter for evil. When the Saquahuh (blue Star) Kachina dances in the plaza and removes his mask, the time of the great trial will be here.” The Hopi believe that only they will be saved.

SS18 Satan Missles June 18, 1991 Art Cormier’s revelation of America was going to be destroyed by a Russian attack of SS18 nuclear missiles. Russia has named these missiles “SS18 Satan”. 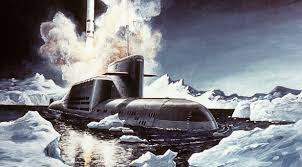 Earthquakes and USA Invasion – Shortly after the second earthquake the United States will be attacked by invading forces. Russia will invade the East coast and China the West coast. The invasion will include missile attacks. She was shown that the invasion would occur when people were eating and drinking which Gail believes to be Thanksgiving, but possibly Christmas. There will be nuclear attacks on both coasts, Las Vegas, and perhaps in Utah.

Note: The Predicted Wall Street Crash Prophecy is Already fulfilled – a long-lasting quake and a major quake will break many dams. She saw the invasion taking place near or shortly after the second quake. 3 1/2 years after the first two quakes, two more mega-quakes will hit that will shake the entire planet and will kill millions and literally cause whole mountain ranges to rise and fall.